Documento a cura del Committee on Homosexuality and Scientific Research. Mercatornet, 22 maggio 2007
Who helps you: someone who fails to tell you the truth or someone who does tell you the truth? The former may make you feel better; they may soothe and flatter, but the truth is more loving. It will help you live a healthier, happier and more fulfilled life.

Omosessualità: un fatto genetico?
Defenders and promoters of homosexuality try to cover up the scientifically documented serious promiscuity, inability to maintain sexual fidelity, partner abuse and psychological and medical illnesses associated with the lifestyle. Also, they tell persons with same-sex attractions (SSA) that "It's genetic," "You were born that way," or worse "God made you gay."

Ricerche su gemelli: la tesi sembra smentita nell’80% dei casi
If homosexuality were genetically predetermined, then identical twins would virtually always have the same sexual orientation. Francis S. Collins, MD, PhD, the Director of National Human Genome Research Institute, NIH, has stated that the likelihood that the identical twin of a homosexual male will also be homosexual is about 20 per cent, indicating that whatever genes are involved represent predispositions, not predeterminations.(1) One major study’s analysis of data from the Australian twins registry found that if one male identical twin had SSA there was only an 11 per cent chance that the other would too.(2)

L’omosessualità non è uno status perenne
Persons with SSA are told that there is no hope of change and that trying to change will make them worse. Numerous studies have found that SSA is not a stable condition. The majority of those who experience SSA during adolescence find the problem has disappeared by the time they reach 25 without any intervention.(3) Those who seek therapy or spiritual counseling can achieve various levels of freedom from SSA.

Uscire dall’omosessualità: si può
Research has documented the benefits of therapy.(4) In fact, a study specifically designed to document the damage done by therapy directed at resolving SSA found that a number of subjects reported being helped by the therapy.(5)
Adolescents with SSA are told that "coming out" will solve their problems. In fact, it puts them at risk. In spite of intensive AIDS education, young men of any age who have sex with men are at extremely high risk for infection with STDs, including HIV/AIDS, involvement with alcohol and drugs, in particular crystal meth, and depression.(6) Condom education with this population has been a failure. While condoms properly used provide some protection against certain STDs, research shows that those most at risk do not use condoms with every sexual contact. The combination of drugs and high risk sex has reignited an STD/HIV epidemic among men having sex with men (MSM).(7)

Il disordine psicologico è più frequente nei gay
While homosexuality is claimed to be a normal variant of human sexuality and that persons with SSA are as psychologically healthy as the rest of the population, research refutes this generalization. Four recent, well-designed studies have found that persons with SSA have significantly higher rates of psychological disorders, substance abuse problems, and suicidal ideation than the general public.(8)

I problemi psicologici non derivano dalle pressioni della società
Gay activists insist that all these problems are caused by society's negative attitudes, but the problems are just as prevalent in extremely tolerant countries, such as the Netherlands and New Zealand.(9) Thus it should be no surprise that when we live in accordance with our designed natures, we are happier and healthier. Blaming society for the myriad difficulties faced by persons with SSA prevents self-knowledge and healing.

I gruppi gay si oppongono a interventi di aiuto ai bambini
Research shows that gender identity disorder in childhood puts a child on the path to SSA, but defenders and promoters of homosexuality oppose treatment of these children, even though that intervention can eliminate childhood isolation, anxiety, and depression.(10)

Insegnata nelle scuole la “normalità” della relazione gay
Public school teachers in many areas of the country are teaching children that homosexual behaviors are genetically determined and are as healthy as heterosexual and marital relationships. While advocating the homosexual lifestyle, these teachers fail to provide the scientific truths, and school administrators/counselors not only fail to correct these inaccuracies, but also fail to provide factual information to the students about the numerous psychological and medical dangers in the lifestyle. Recently, high school students have been disciplined by school administrators for refusing to attend/support homosexual promoting events, such as a day of silence, while at the same time being refused permission to conduct heterosexual support events. (11)

Opinione unanime: la fedeltà è incompatibile con l’unione omosex
Promoters of "gay marriage" claim that same-sex relationships are just like marriages and therefore deserve all the benefits of marriage, but research shows -- and activists admit -- that it is unrealistic to expect male couples to be faithful.(12)

Invalidità delle ricerche portate a sostegno delle adozioni per coppie gay
Homosexual marriage promoters also tell judges or legislators that research proves there are no differences between children raised by same-sex couples and those raised by their biological married mother and father. The studies they reference are, virtually without exception, internally and externally invalid.(13) In many cases the authors have misreported their own findings. Given the extensive literature on the damage done to children through father or mother absence, it is deceitful to suggest that purposely and premeditatedly depriving a child of a mother or a father will not have consequences for that child.(14)

La distorsione delle prove scientifiche manifesta la debolezza delle tesi sostenute
Gay activists have references to support their other claims, but those who read this material find that the majority of their "research" suffers from serious methodological errors, and the rest actually contradict the gay activists' claims.(15) If SSA were healthy and normal, defenders and promoters of homosexuality wouldn't have to distort the truth.

Una distorsione della verità determina altre distorsioni
While truth can stand on its own, distortions must be protected with further distortions. Homosexual activists make false accusations of "hate" and distort religious teachings. They ignore the truth about anger and "hate". For example published research demonstrates a high prevalence of partner abuse in homosexual relationships (16), but instead of addressing this serious problem, activists are attempting to use hate crimes legislation to harass and punish those who challenge the ethics of their behavior, sexual and otherwise.
Who really helps people with SSA, children and families: those who speak the truth to them or those who attempt to distort the truth? 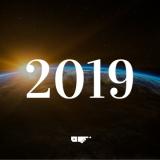 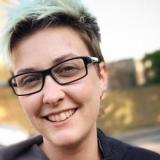 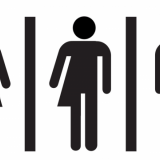 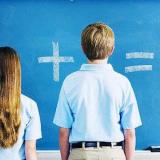 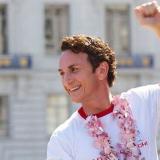 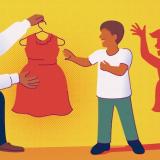 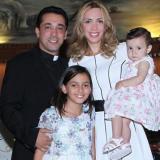 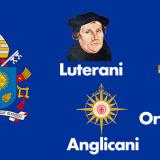 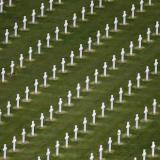